Top 3 places to visit in Assam

Tripiwiki : 28 Jan 2023
Assam is the central state in the North-East Region of India and serves as the gateway to the rest of the Seven Sister States. Assam has a number of wildlife preserves – the Kaziranga National Park, which is home to the great Indian one-horned rhinoceros, the Manas National Park, Dibru-Saikhowa National Park, Nameri National Park and Pobitora Wildlife Sanctuary, the largest river island Majuli, known for its Vaishnavite Sattras; the city of eternal romance, Tezpur.

Following are the Top 3 places to visit in Assam 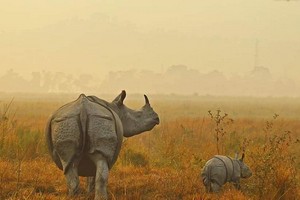 (1 out of 3 places to visit in Golaghat)

Kaziranga National Park is a World Heritage Site situated in Assam state of India, Is known for Great Indian one horned Rhinoceros, which hosts two-thirds of the world's great one-horned rhinoceroses. this park is one of the last areas in eastern India undisturbed by a human presence. Situated in between two districts of Assam - Golaghat and Nagaon. Kaziranga National Park is one of the most visited attractions of Assam. Kaziranga Park remain closed from 01 May till 31 Oct every year for the visitors. Therefore November to April is the best time to visit Kaziranga National Park. Located at 193 km from Guwahati, 253kom from Shillong, Meghalaya. 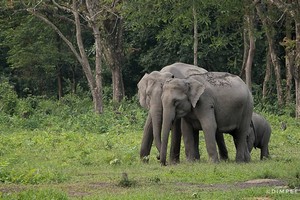 (2 out of 3 places to visit in Bongaigaon)

Manas National Park is a UNESCO Natural World Heritage site Located the state of Assam, India. Manas National Park is situated on the bank of the river mans. Manas is one of the nine tiger reserve sanctuaries in India. Other wildlife spices found in national park are Hispid Hare, Pigmy Hog, Golden Langur, Indian Rhinoceros, Asiatic Buffalo etc. Located approximately 176 kms from Guwahati, The nearest railhead is Barpeta Road Station which is 40 kms away from Manas. 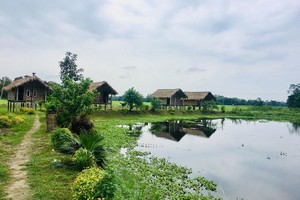 Places to visit by Category in Assam

Places to visit by District in Assam