Tripiwiki : 28 Nov 2022
Northeast state Arunachal Pradesh finds mention in the literature of Kalika Purana and Mahabharata. State is home to 400‑year‑old Tawang Monastery, or the sites of archaeological excavations like Malinithan and Itanagar, the natural environment of lakes such as Ganga lake or Sela lake or the numerous variations of the snow clad silver mountain peaks and green meadows where thousands of species of flora and fauna prosper.

Following are the Top 9 places to visit in Arunachal Pradesh 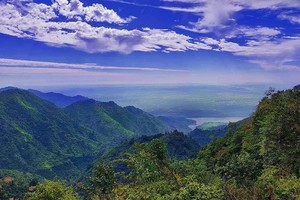 (1 out of 9 places to visit in Dibang Valley)

Anini is the headquarters of the Dibang Valley district in the state of Arunachal Pradesh, India. Anini is marked by pleasant weather and immense natural beauty, making it a tourist's paradise. There are many lakes of various sizes lying hidden high up in the snow-clad mountains which feed the various mighty roaring rivers. Several ranges, Pine filled mountains and Hillocks with meandering rivers are ideal spots for tracking, picnicking, angling and paragliding etc. Anini is located at aproximatrly 300km from Tezu. 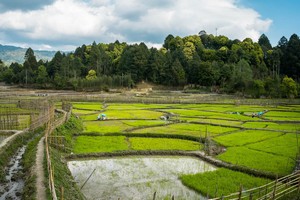 (2 out of 9 places to visit in Lower Subansiri)

The Apatani cultural landscape is in Ziro Valley under Lower Subansiri district of the Arunachal Pradesh, India. Ziro is home to the tribal group called the Apatanis which is one amongst the very few tribes in the world that worship nature (Sun & Moon). Apatanis are famous for their unique methods of sustainable farming and social forestry. Surrounded by blue rolling hills and topographically cut off from the rest of the populated areas of the region. In April 2014, Apatani Cultural Landscape has also been added to the tentative list of UNESCO World Heritage Sites. Ziro is around 115 km from the state capital Itanagar. 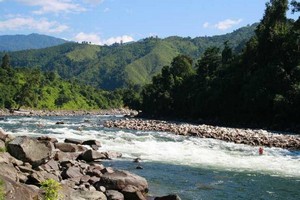 Bhalukpong is a small hill station town, situated in the foothills of the Himalayas, in the Kameng district of Arunachal Pradesh, India. It lies on the Tezpur–Bomdila route 100 km from Bomdila, 52 km from Tezpur. It offers excellent scope for hiking, trekking, fishing and river rafting. The Kameng River flows in the forest surrounding the town. 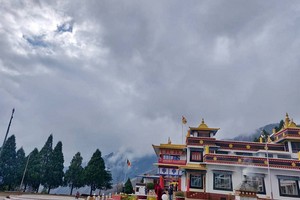 The small town of Bomdila is the headquarters of West Kameng district in the state of Arunachal Pradesh, India. there are plenty of places to visit in Bomdila. The city is quietly untouched with urban gipsy and maintain a cleanliness in the surrounding hence it attracts the tourists from each corner of the nation. The weather in Bomdila is alpine. Summers are short and mild, while winters are cold. It experiences rainfall between July and September. Located at 154km from Tezpur, 329km from Guwahati. 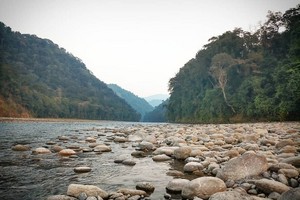 (5 out of 9 places to visit in Changlang)

Namdapha National Park is one of the most diverse ecosystems and also largest protected area in India. The park is mostly covered with large mountains and there are also a number of water bodies that sustain the wildlife of the park. Namdapha is no less a botanical haven, as over more than 150 species of trees are residents of the park. Countless species of flowers and orchids. . The location and climate of Namdapha suits a wide variety of birds. It is only park in the World to have the four Feline species of big cat namely the Tiger (Panthera Tigris), Leopard (Panthera Pardus), Snow Leopard (Panthera Uncia) and Clouded Leopard (Neofelis Nebulosa) and numbers of Lesser cats. Miao is a nearby town, taxis can be hired from Dibrugarh, Tinsukia and Digboi for Miao. 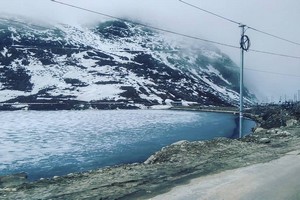 Sela Pass is one of the most visited places in Arunachal Pradesh, India. The Sela Pass is the second highest motorable road in the world and visitors travelling to Tawang from Guwahati would be travelling by this road to reach their destination. Sela Pass houses around 101 lakes around the pass among them sela Lake is famous. it is also called as a se La or Paradise Lake because of its appeal and beauty. Sela Pass is around 78 kilometres from Tawang town. 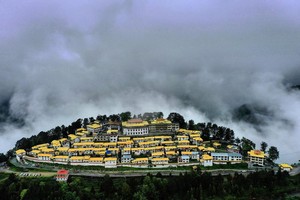 Tawang is a beautiful town in the Indian state of Arunachal Pradesh. Also pronounced as Dawang has many sceneries and known for rich Tibetan culture and the famous Tawang Monastery. Tawang Monastery which is situated on a mountain in Tawang is India’s largest monastery, and the world’s second largest. a visit to Tawang requires an inner line permit for the Indian nationals and a protected area permit for the foreign tourists. Tawang is located at approximately 457km from Guwahati, Assam. 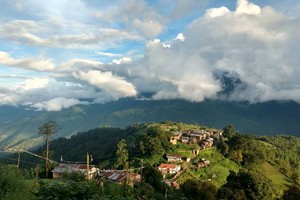 Thembang is an ancient fortified village in West Kameng district of Arunachal Pradesh, India. It is inhabited by indigenous Monpa tribe of Arunachal Pradesh. Thembang Fortified Village has also been added to the tentative list of UNESCO World Heritage Sites. Thembang is located approximately 55km north-east of Bomdila town. The village is surrounded with lush green majestic mountain peaks with oak and blue pine forest slopes, with cascading high speed perennial rivers flowing down below the deep gorges. 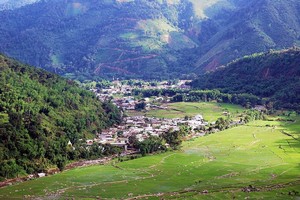 (9 out of 9 places to visit in Lower Subansiri)

Ziro is one of the oldest towns in Arunachal Pradesh which is a district headquarter of Lower Subansiri district . Ziro is around 115 km from the state capital Itanagar. Ziro is home to the Apa Tani tribe and famous for its pine hills and rice fields. Ziro Valley is also named as World Heritage Site for its stunning natural beauty.

Places to visit by Category in Arunachal Pradesh

Places to visit by District in Arunachal Pradesh