Top 6 places to visit in Bijapur

Tripiwiki : 19 Jan 2022
Karnataka has been ranked as fourth most popular destination for tourism among states of India with highest number of national protected monuments. It is home to 507 of the 3600 centrally protected monuments in India. Karnataka is know for it's rich ancient sculptured temples, modern cities, the hill ranges, forests and beaches. Hampi, Mysore, Jog Falls, Agumbe are few of the top sites to visit.

Following are the Top 6 places to visit in Bijapur 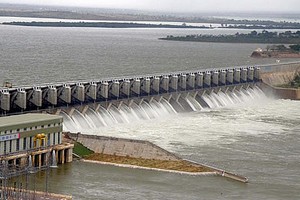 The Almatti Dam is a hydroelectric project on the Krishna River in North Karnataka, India which was completed in July 2005. The target annual electric output of the dam is 560 MU (or GWh).H1 The Almatti Dam is the main reservoir of the Upper Krishna Irrigation Project; the 290 MW power station is located on the right side of the Almatti Dam. The facility uses vertical kaplan turbines: five 55MW generators and one 15MW generator. Water is released in to the Narayanpur reservoir after using for power generation to serve the downstream irrigation needs. Two separate facilities namely, Almatti 1 Powerhouse and Almatti II Powerhouse each separated by distance do provide power generation capabilities. During the initial stages of the project, estimated costs were projected as Rs.14.70 billion, but following the transfer of project's management to the Karnataka Power Corporation Limited (KPCL), the estimated cost was reduced by over fifty percent to Rs. 6.74 billion. The KPCL eventually completed the project at an even lower cost of Rs. 5.20 billion.[citation needed] The entire dam was finished in less than forty months, with construction ending in July 2005. The dam is located on the edge of Bijapur and Bagalkot districts. Geographically, it is located in the Bijapur district, but large areas of Bagalkot district have also been submerged due to filling of the reservoir. The dam holds a gross water storage capacity of 123.08 TMC at 519 meters MSL. 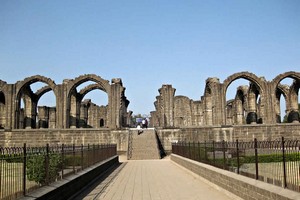 Basava Sagar Dam, previously known as Narayanpur Dam, is a dam constructed across the Krishna River at Siddapur Village in Muddebihal Taluk, Bijapur District, Karnataka, India. The reservoir that it impounds is known as Basava Sagar, and has a total storage capacity of 37.965 tmcft (1.075 km³), with 30.5 tmcft (0.85 km³) live storage. The full reservoir level is 492.25 m MSL and the minimum draw down level is 481.6 m MSL. It was a single purpose project meant only for irrigation, but downstream electrical generation and drinking water considerations enter into its management. The dam is 29 meters high and over 1 kilometres long, and has 30 gates for water release.22 Spillway Gates are present in the Dam It took Rs. 50.48 crore to complete. 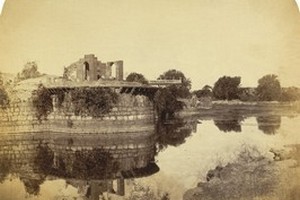 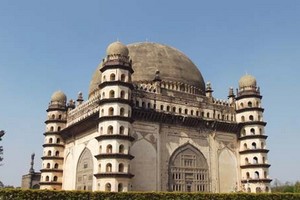 Gol Gumbaz is an imposing structure located in Bijapur city of Karnataka, India. It is the second largest dome in the world after St Peter's Basilica in Rome. This massive dome measures 124 feet in diameter. It stands independent of any support or columns. It is the resting place of Mohammed Adil Shah and his wives, mistress, daughter and grandson. Bijapur was the past capital of the Adil Shahi rulers. The acoustics of 'Whispering Gallery' is just amazing, even a small sound can be heard on the other side of the mausoleum. The four corners of the building have 7 floored towers, with staircases inside. One gets to see a beautiful view from these minars. Gol Gumbaz is located at approx 2km from the city Bijapur and Bijapur is located at approx 198km from Hubli, 523km from Bengaluru, 389km from Hyderabad, 219km from Pune, 97km from Solapur, 326km from Goa. 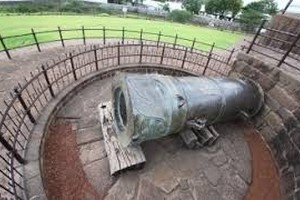