Top 10 places to visit in Udupi

Tripiwiki : 18 May 2022
Udupi is a southwest district of Karnataka and it's headquarter cit Udupi is famous for ancient Sri Krishna Temple, which houses a statue of Lord Krishna and attracts thousands of pilgrims every day and is one of the most visited pilgrims site in Karnataka. Udupi is a coastal district and part of western ghats. Even though it is known for its pilgrims sites, it also offers lot's of other attractions to tourists, especially the calm beaches, dense forest trekking routes and hidden waterfalls. Following are few of the must visit places in Udupi district. Sri Krishna Temple in Udupi, Manipal University, Malpe Beach, St.Mary's Island, Kudlu Theertha Falls, Kodi Beach, Kapu Beach, Kollur Mookambika Temple. Udupi has good railway and road road connectivity. And it's part of Konkan railway which is one of the must travel experience one should have in their lifetime. Udupi is located 55km from Mangalore, 217 km from Karwar, 117km from Gokarna, 147km from Shivamogga, 404km from Bengaluru, 310km from Goa.

Following are the Top 10 places to visit in Udupi 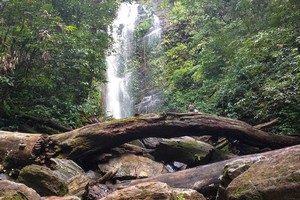 This falls are deep inside the forests near Kodachadri hills. which can only be reached by trekking for more than 2 KM. The road can be reached by hiring Jeep from Kollur Temple. The trekking starts after 8 Kms drive through thick forest. There are signs showing way to the waterfalls on trek route. Entry permission can be obtained at the check post while entering into the forest. It is advisable to visit during the mid summer (From Dec to Feb) when water is calm 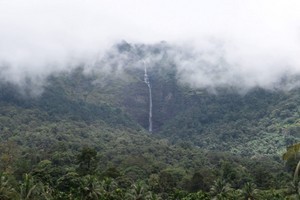 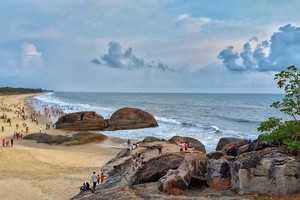 Kaup (Kapu), is a town in Udupi district of Karnataka, India. It lies on the way between Udupi and Mangalore beside National Highway 66 (previously NH-17). A road from Kaup goes to interior places like Manchakal and Shirva. It is 13 km south of Udupi (a town famous for its ancient Krishna Temple) and 40 km north of Mangalore (chief port city of Karnataka). It is famous for its lighthouse and the three Mariamma temples and a fort built by Tippu Sultan. There is a beach on the shore of the Arabian Sea and a lighthouse. Many films have been shot at this location. Kaup has three Marigudi which attracts devotees from far away places. The sea is much more rougher and intimidating compared to the gentler Malpe beach in Udupi. It is about 15 km from the university town of Manipal and is a favorite hangout for the students. The beach also sports a shack and a bar with seating in the open sky. Though the sea is mostly calm all year round, there have been isolated cases of drowning in this beach 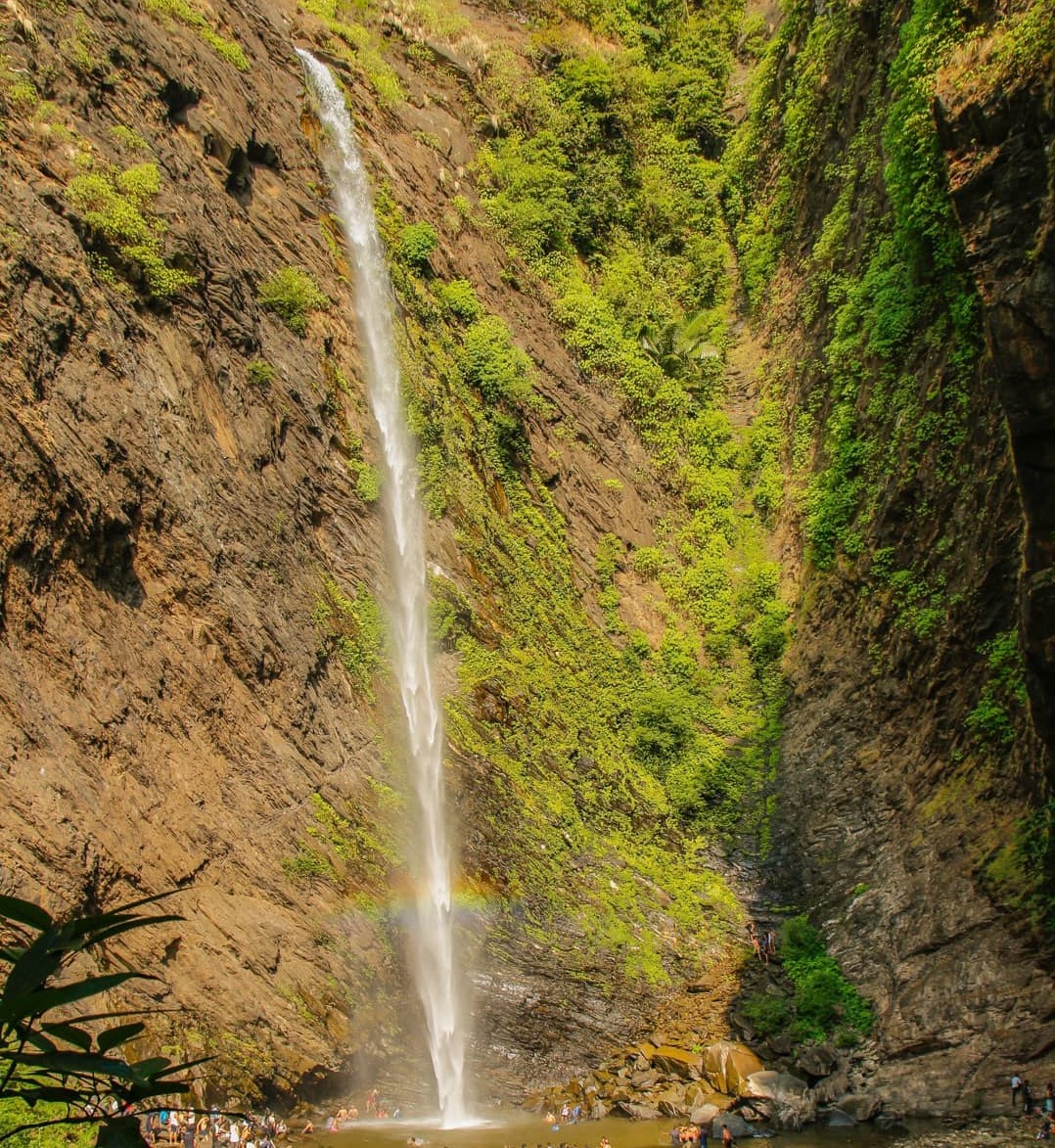 One of the many waterfalls of the western ghats. Koodlu Theertha in Agumbe. 25kms From Agumbe , Koodlu Theertha Falls is a mesmerizing waterfall located near Hebri on Udupi-Agumbe Road in Karnataka. Hidden Treasures in Malnad, Nestled amidst the dense forest of the Western Ghats and adjacent to the Agumbe ranges the waterfall is the first fall of the River Sita. It is also known as Sita Falls. Fun Filled trek to koodlu waterfalls with friends snakes and leaches will make the trek unforgettable. 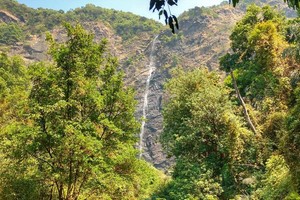 Kudumari Falls is a magnificent waterfall located in deep forest near Chaktikal village in Kundapura Taluk of Udupi district in Karnataka, India. The fall is one of the major attraction in Kundapura. This waterfall is also located in the same area where the Koosalli falls are located and is another 2kms far from Koosalli fall. One need to take a 3km long trek through the forests to reach the waterfall. The town of Kundapura is surrounded by mountain ranges giving it a picturesque grandeur. Kundapura is an ideal spot for adventure lovers to indulge in trekking, mountaineering etc. Kedumari Falls is located at approx 70km from Murdeshwar, 50km from Jog Falls, 84km from Kundapura, 175km from Mangaluru, 269km from Goa. 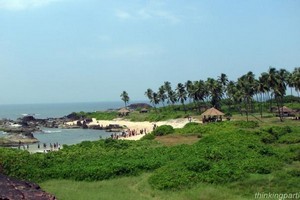 Malpe is a natural port about six kilometers to the west of Udupi, Karnataka, India. An important port and a major fishing harbor on the Karnataka coast. It is a suburb in Udupi city . The town of Malpe is associated largely with settlements of the Mogaveera fisherman community. Malpe is a hub of Mogaveera population. Tulu, Kannada, Urdu and Konkani are spoken here.[1] first Indian beach with 24/7 WiFi 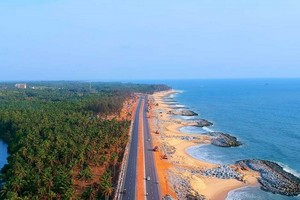 Maravanthe beach is one of the most beautiful beach in Karnataka, located in Maravanthe village near Kundapura, Karnataka, India. NH-66 divides the beach and the Suparnika River flows on the other side of the road, creating a spectacular scenery that is considered the only one of its kind in India. The Suparnika, which almost touches Arabian Sea here, makes a U-turn and goes westward to join the sea after a journey of more than 10 km. We can see the river and the sea running parallel on the either sides of the road. to the other side, the Kodachadri Hills make a beautiful backdrop for the Sauparnika River that reaches out to the shore of the beach. Maravanthe Beach is located at approx 15km from Kundapura, 105km from Mangalore, 422km from Bengaluru, 356km from Mysore, 126km from Gokarn, 237km from Goa, 519km from Kochi, 313km from Belgaum, 746km from Hyderabad.647km from Pune, 790km from Mumbai. 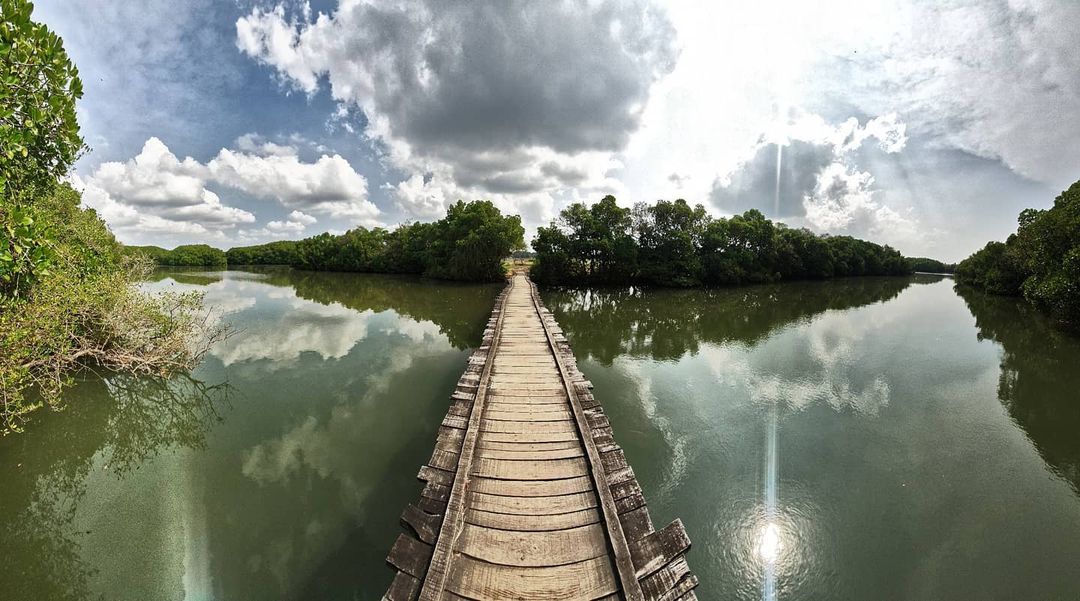 Wooden Parampalli bridge also know as saligrama wooden bridge or Thodukattu Padukere Wooden Bridge is a beautiful wooden bridge constructed over a small stream near Saligrama in Udupi district of Karnataka. This bridge which is Hidden behind lush green field is one of the best places for break from the concrete jungle and city lights. Places is at interiors but paddy fields and lush green surroundings with flowing water makes it perfect places to take pictures and heaven for nature lovers and photographers. Bridge is also know by 'Marada Sannka' located at approximately about 24km from Udupi City. 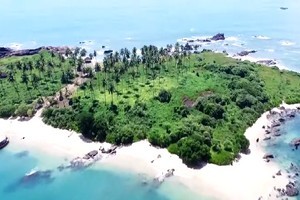 St. Mary's Islands are a set of four small islands in the Arabian Sea off the coast of Malpe in Udupi district of Karnataka, India. Also known as Coconut Island is a geological treasure and hosts some of the most beautiful beaches in the country. This is the land where Vasco De Gama set his first foot. It is a beach with black rock like columns mushrooming along its coast, it offers a unique view to the visitors. Four small islands together form the St.Mary's Islands. Each of these islands is interconnected. Coconut Island, North Island, Darya Bahadurgarh Island and South Island are the four islands that comprise St.Mary's Islands. Travelers can easily visit the Island through ferry boat from Malpe Beach. Boats are available from 9.00 AM to 6.00 PM and ride takes about 30 minutes. There are no accommodations in the island except some concrete tiles to sit. Best time to visit is from October to February when temperature is low and weather mostly pleasant. Malpe is located at approx 5km from Udupi, 60km from Mangalore, 407km from Bengaluru, 311km from Mysore, 473km from Kochi, 177km from Gokarn, 288km from Margao, 698km from Pune, 303km from Hubli. 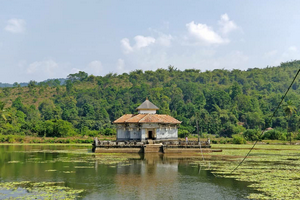