Tripiwiki : 26 Sep 2022
Uttar Pradesh is at the heart of India, hence it is also known as The Heartland of India. Uttar Pradesh, the largest state in india is one of the most popular tourist destination in India. It is the home of Taj Mahal, and Hinduism's holiest city, Varanasi. It is home to Ayodhya and Mathura birthplace of Lord Rama and Lord Krishna respectively.

Following are the Top 5 Historical Forts in Uttar Pradesh, Must Visit 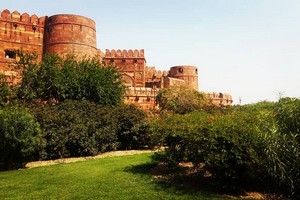 Agra Fort is a historical fort in the city of Agra, Uttar Pradesh, India. With the Taj Mahal overshadowing it the important 16th-century Mughal monument also known as the Red Fort of Agra is one of the finest Mughal forts in India. Agra Fort remained the main residence of the Mughal emperors till 1638. It is situated on the west bank of the Jumna River, about 2km upstream from the Taj Mahal . Agra is located at approx 231km from Delhi, 234km from Lucknow, 240km from Jaipur. 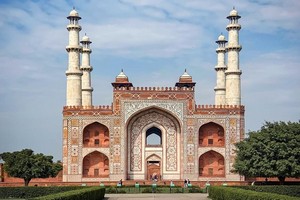 Akbars Tomb is located in Sikandra, a sub of Agra, Uttar Pradesh, India. Akbar's Tomb at Sikandra is the resting place of Akbar, where one of the greatest emperors (Mughal Emperor) in the world lies buried. It was built in 1604–1613 and is situated in 119 acres of grounds is an important Mughal architectural masterpiece. 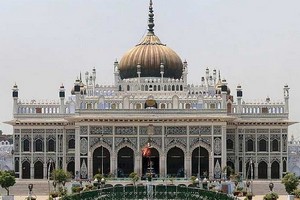 Chota Imambara also know as Hussainabad imambara is Palace of Lights in Lucknow, Uttar Pradesh, India. Called the palace of lights because of the stunning chandeliers and decorations that light up the building on special occasions. This elaborate black-and-white tomb was constructed in 1832 by the third king of Oudh, Mohammed Ali Shah. Lucknow is located at approx 533km from Delhi, 335km from Agra. 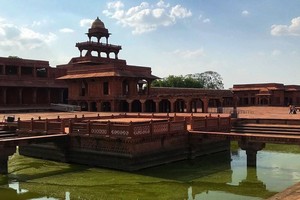 Fatehpur Sikri is an ancient historical city in Agra district of Uttar Pradesh, India. The complex of monuments and temples, all in a uniform architectural style, includes one of the largest mosques in India, the Jama Masjid. The city itself was founded as the capital of Mughal Empire in 1571 by Emperor Akbar, serving this role from 1571 to 1585. It is also recognized as UNESCO world heritage site. Located at 36km from Agra, 216km from Delhi, 207kom from Jaipur. 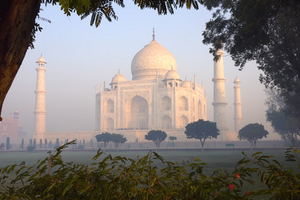 Taj Mahal, one of the most beautiful monuments, standing majestically on the banks of River Yamuna in the city of Agra, Uttar Pradesh, India is one of the wonders of the world. Taj Mahal was designated as a UNESCO World Heritage Site in 1983. It was commissioned in 1632 by the Mughal emperor, Shah Jahan (reigned from 1628 to 1658), to house the tomb of his favourite wife, Mumtaz Mahal. The purity of the white marble, the exquisite ornamentation, precious gemstones used and its picturesque location, all makes this the one of the must visit place in India and worldwide. Agra is located at approx 231km from Delhi, 234km from Lucknow, 240km from Jaipur.

Places to visit by Category in Uttar Pradesh

Places to visit by District in Uttar Pradesh