Uttara Kannada also known as North Canara is a district in north Karnataka. It's a costal district with full of natural bliss. Major part of the district comes under Western ghats shyhadri ranges, hence it's home to numerous hidden gems, like beautiful hidden waterfalls, rivers, hill stations, wildlife, flora and fauna. Being a on the coastal of arabean sea it's home to wide range of beaches and temples. Karwar which is a district headquarters is one of the largest and oldest Port City in India.

Uttara Kannada district is know for it's western ghat wildlife, it houses numerous hidden waterfalls which are literally untouched by humans. River kaali is the major river which flows through entire district and gives life to variety of flora and fauna. Anshi tiger reserve and national park near dhandeli is one of dense and largest wildlife sanctuaries in Karnataka. Supa dam near Ganeshgudi, Kaiga power plant and dandeli paper factory are the major projects in Uttara Kannada district.

Yana Rocks (unusual large monolithic rock formations), Gokarna, Murudeshwar, Sirsi, Karwar, Yallapura, Dandeli are the Must visit destinations in the district and offers variety of attractions in and around for tourists. 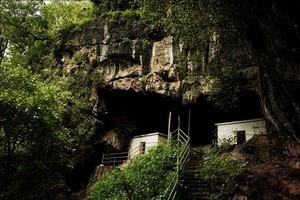 Places to visit in Uttara Kannada by Category